The scatterplot chart now supports regression lines, including average, linear, exponential, and logarithmic, as well as second, third, and fourth polynomial. There are also possibilities to customise the regression line settings including colour and type, vertical or horizontal fit, and display the formula in a tooltip to quickly see the relationship between two variables. 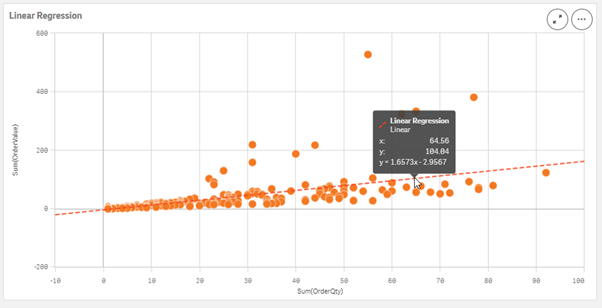 Lineage capabilities have expanded to not only visually show the data history by table but also by the specific field within a table, starting with applications all the way back to the original source. Field-level lineage helps you establish trust in the data origins. When you explore an app, you can now quickly access a data lineage summary that traces back any dimensions and measures in a chart to its original sources.

There is also now a distinction between Lineage and Impact Analysis. 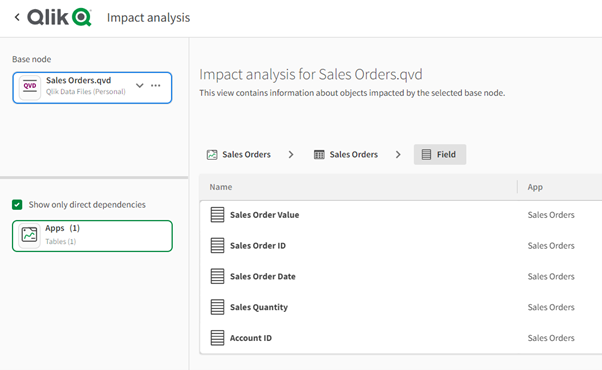 All users can now set the run mode of the start block to the option webhooks. Webhooks trigger automations based on events in Qlik Cloud. In addition, you can apply filters to gain better control over when automations run, for example by triggering on specific apps or apps in specific spaces. 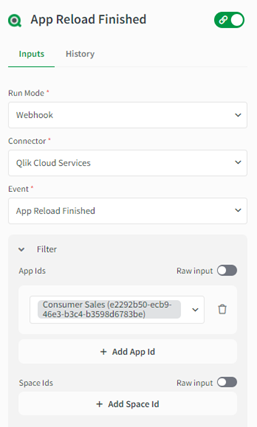 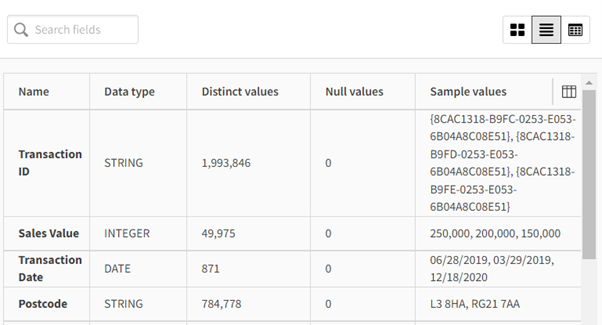 A new left panel has been introduced that simplifies navigation and makes content easier to find. The left navigation panel contains menu items for Home, Catalog, and Collections, as well as Getting Started. Also, the Catalog section includes a new Spaces drop-down list so you can easily navigate and view content in spaces. 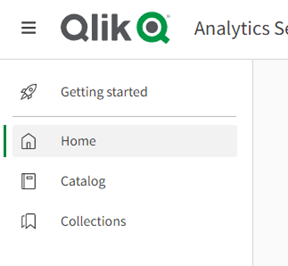 The self-service reporting of the Subscription feature now allows users to subscribe to multiple sheets (maximum of 10) in an app.

Tenant and data admins can now monitor scheduled reloads of data assets in the Management Console. This includes stopping and resuming reloads from the Data Content section. 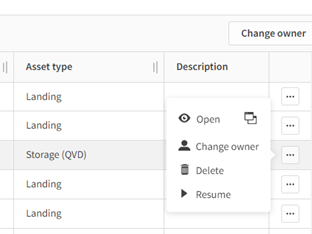 The Hybrid Data Delivery Service has now expanded its functionality to let users load SaaS application data from 20 different cloud sources into the Snowflake data cloud without hand-coding or the need for installing Qlik Replicate. Supported cloud sources include: 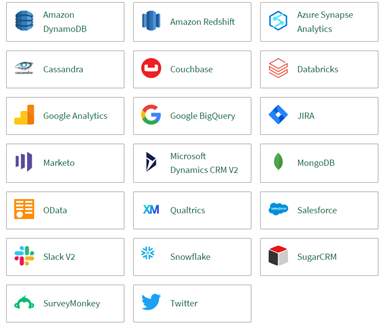 The Databricks Connector now supports OAuth 2.0 authentication with Databricks on Azure. The support for OAuth also allows single sign-on (SSO) to Databricks when using an identity provider. The Databricks connection interface has been simplified to include the database properties that apply only to this connector.

Users can now upload apps from other versions of Qlik Sense that use GeoAnalytics extensions. The extension will continue to function until March 2023, giving app developers time to modify apps to use the improved Map Chart feature in Qlik Sense SaaS instead.

Qlik Sense Mobile users can now convert visualisations to tables directly on the device, allowing for better visibility and usability when you’re on-the-go. Tables include infinite scrolling, resizable columns, sorting, full screen mode, and the ability to make selections directly in tables. Tables are optimised for performance for fast rendering on mobile devices.

Overall, we have seen a month full of enhancements spread across multiple areas, which makes it difficult to summarise. From new additions in Automations, Lineage Analysis and Data Services, to enhancements in visualisations, connectivity and the Insight Advisor Chat, this month has been packed with news.

One of the new features to highlight is something I know many users, including myself, have been waiting for: adding regression lines in the scatterplot. This is a much-welcomed addition to the scatterplot which eliminates the need of using third-party extensions to accomplish this type of analysis.

Another new feature to praise is the expansion of the data lineage analytics. Support for field-level lineage and impact analysis takes the data analysis and data governance to a more granular level. Qlik mentions the new enhancements as a part of the concept “Explainable BI”. Explainable BI is the idea that users will gain more confidence in using data and making decisions based on it, if they have a good understanding, or explanation, of the information’s origin.

Furthermore, the ability for all users to use event-driven webhooks to trigger automation runs is going to make task workflows even more automated.

Last but not least, we have seen a number of improvements made to the data connectivity in Qlik, including the ability to land data from a multitude of cloud data sources using Qlik Data Services.